AutoCAD 2014 give six workspace to user. Therefore, it will get six interface of correspondence. In this post, I will introduce six user interface to everyone. You can refer before Download AutoCAD 2014 free or buy this software and using. The first, AutoCAD 2014 give a new logo. You can see it in the left of corner per workspace interface. The second that is command line. The third, drawing’s name show on tab. Other application can look in the figure below. 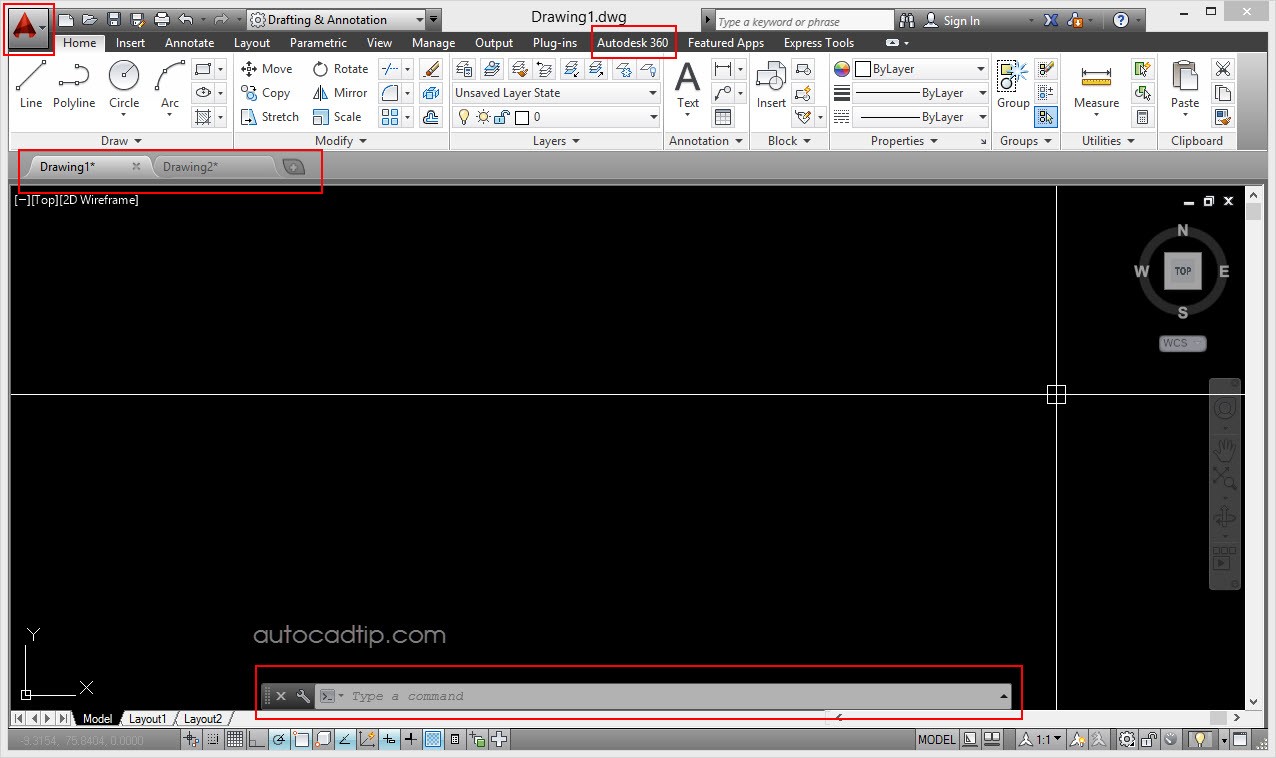 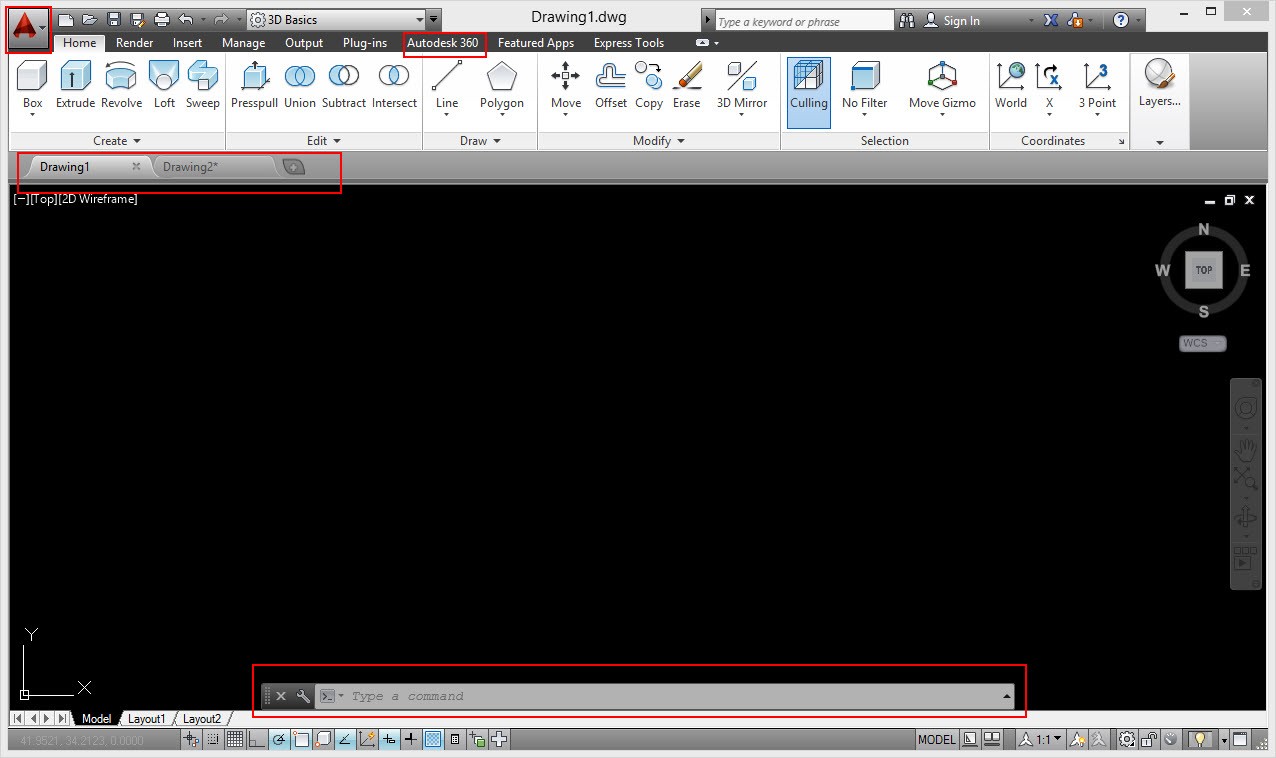 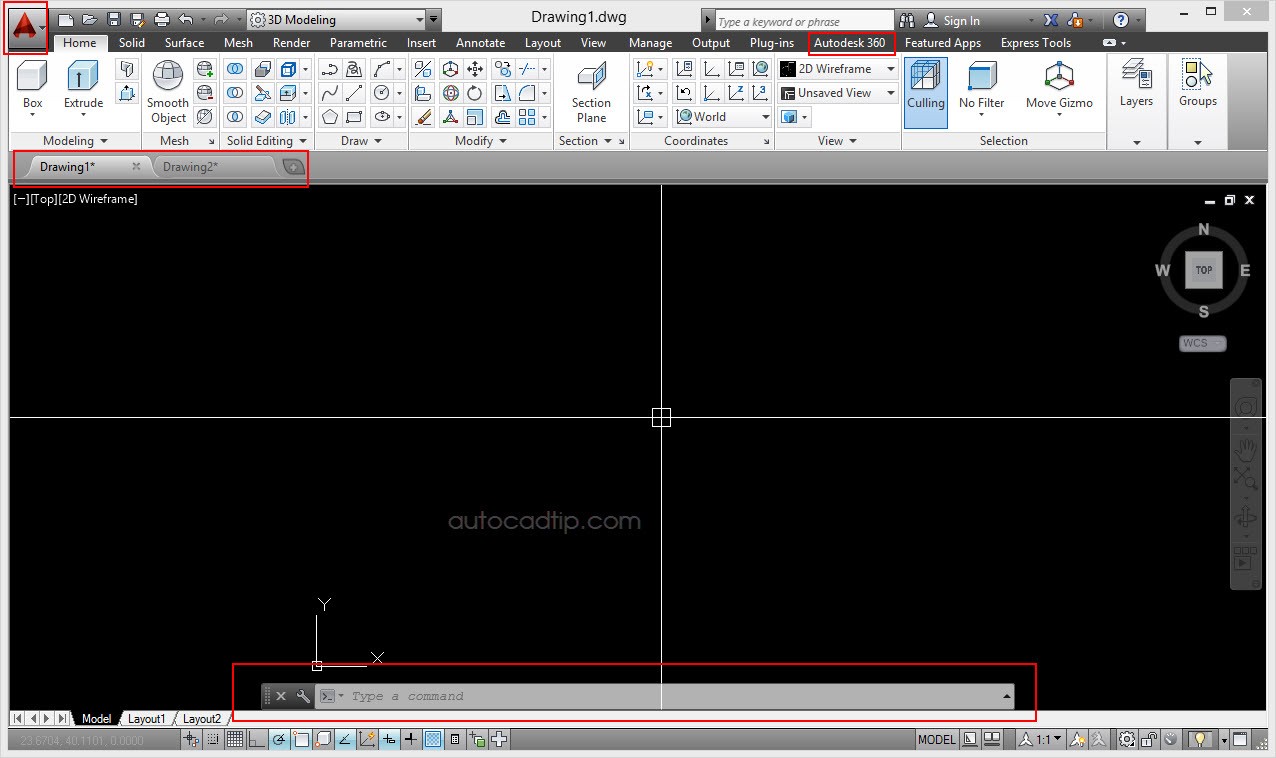 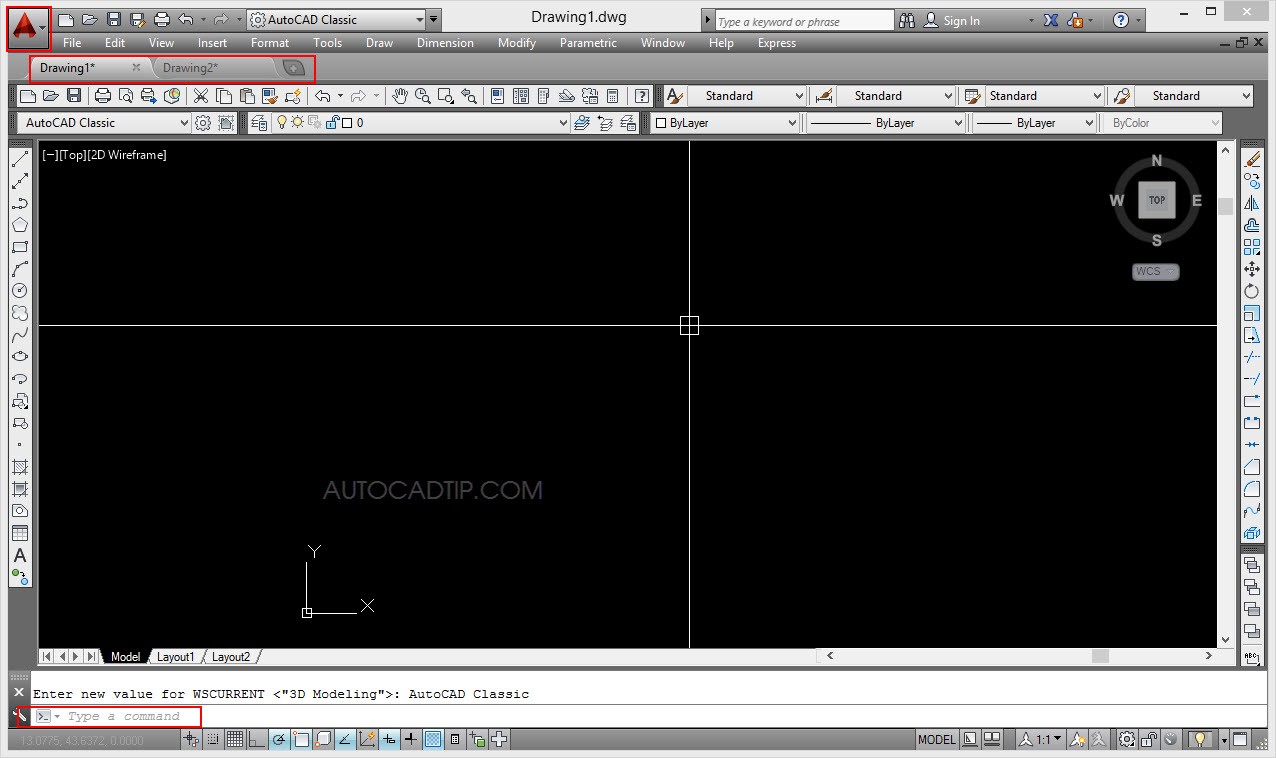 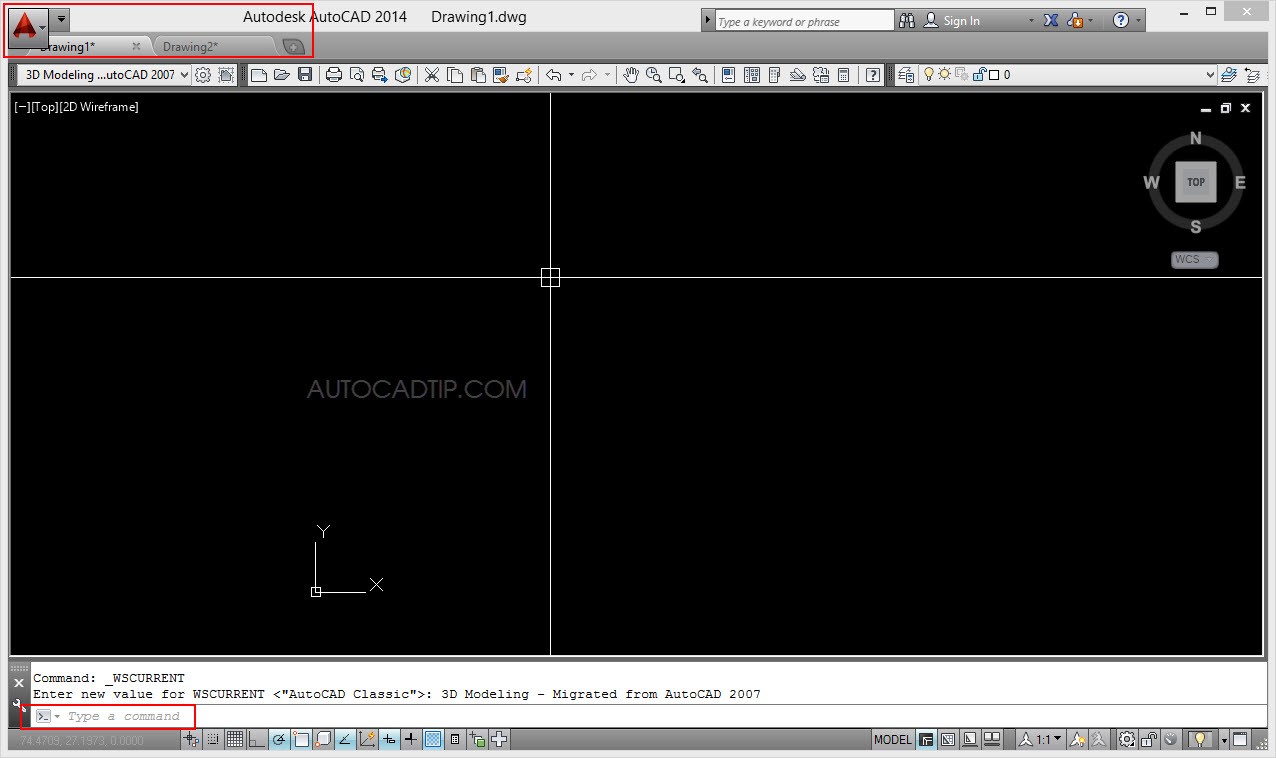 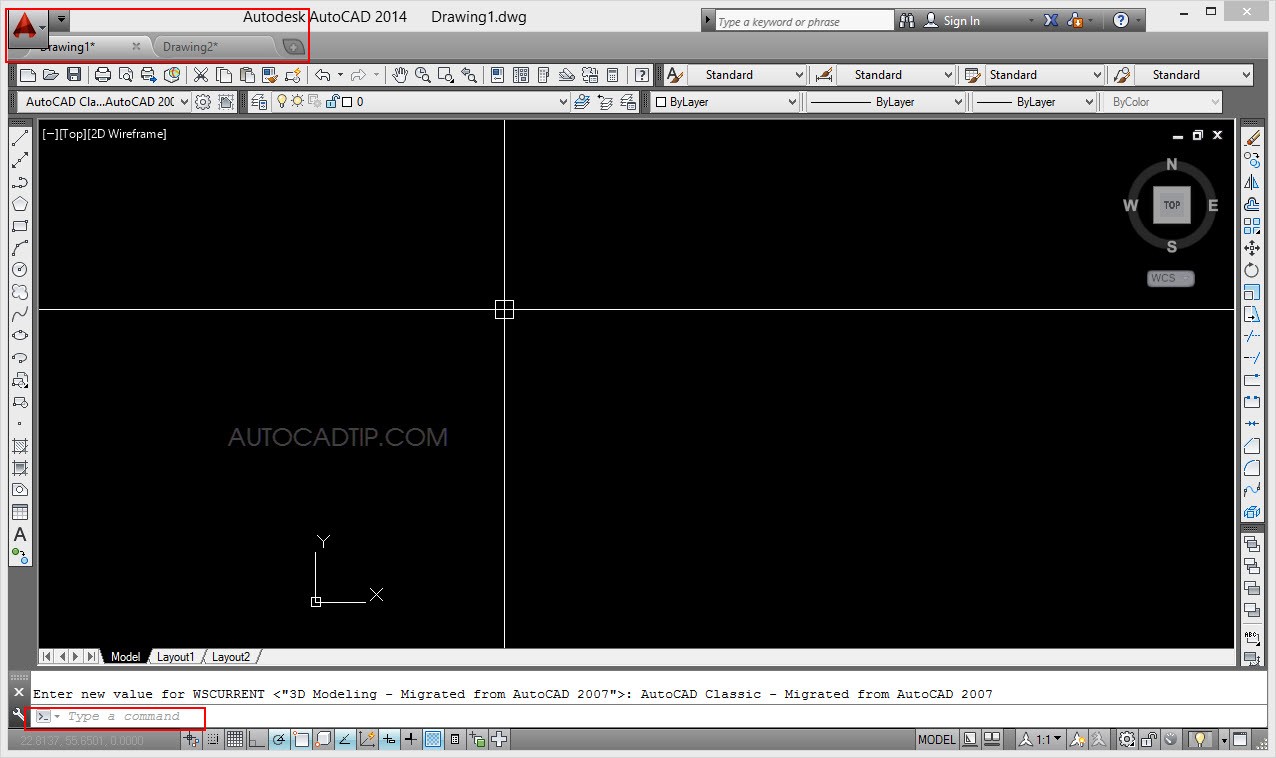